The story behind
Canaan Christian Ministries

​How did it all start?

​The first Christian Bookshop in Staines was started in the old Johnson and Clarke’s store, opposite Debenhams, in 1973 by a Miss Woodford. She owned the Richmond Christian Bookshop and had put all her savings into this when she retired from the Civil Service. Her vision was large: she envisaged Christian outreach along the Thames Valley and she had a special concern for young people. Eventually, she handed over the shops to Scripture Union​. Our local shop had moved to Ashford where it was managed by Emil Ernst, until it closed in 1978.

This left a vacuum and some people continued to pray for a new Christian Bookshop. In 1979, an offer was made by a philanthropist businessman to have part of the Book Bargains premises in Kingston Road rent free! It was all the more remarkable in that Mr Landsborough was an atheist. At the same time as this offer was made, Andy Gilmour had just resigned his post as Head of Religious Education and was looking for the next step. Following a meeting with Revd. Brian Dupont of Staines Congregational Church and Revd. Terry Jones of Ashford Baptist Church, he was offered the job of  managing this new venture. The name Canaan came to him while on a trip to the Holy Land between leaving teaching and beginning work in the bookshop. Canaan was the biblical land of promise and was to prove to be very apt as we saw God’s provision over the years that followed.

Canaan was officially opened on November 3rd, 1979, by the entertainer, Roy Castle. Needless to say, he drew a large crowd, which meant we got off to a good start.

A charitable trust (now a charitable company limited by guarantee) was formed with the broader aim of promoting the Christian faith. It soon became clear that the bookshop was to be the focus for outreach in the area.
​
Authors meetings with good speakers became a regular event. On one such occasion over 1000 people packed St. Peters Church to hear Colin Urquhart speak. Everyone was amazed, not least the vicar at the time! 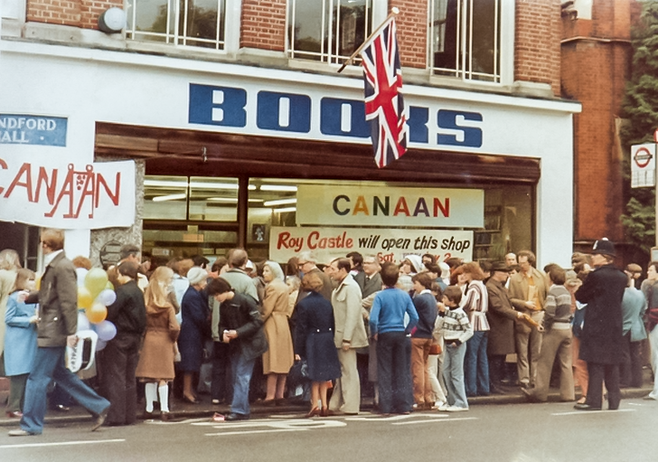 The year 1984 was significant as a year of Mission (maybe the last of the big crusades). In the North, Billy Graham was conducting Mission England and closer to home the Argentine evangelist, Luis Palau, was preaching in London. Many local churches were involved, and Canaan played its part by organising coaches to Q.P.R. Football Stadium. It was a time of expectation, the results were probably better in the North, but it was good to be involved in fulfilling our great commission. We got involved with evangelism to young people too with a group called CCYO (Canaan Christian Youth Outreach). Christian book selling, at that time, was at one of its peaks, so much so that we had been able to take on another full-time member of staff.
​
The following year the news came that Canaan’s premises in Kingston Road, were to be bought by the old Staines firm, Johnson and Clarke’s and not having our own lease, we were required to move swiftly. Our friends at Staines Methodist Church, who were then in the Kingston Road, came to our rescue. They kindly offered us the use of their vestibule and balcony to trade from until we could find suitable premises.​ 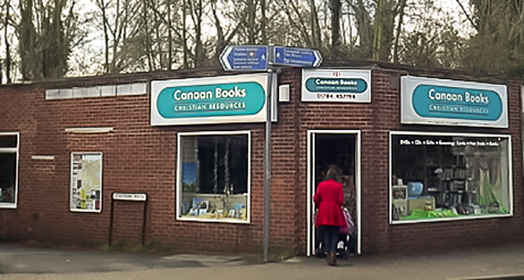 Six months later we were able to move into our current location. We were able to purchase the lease with the intention of building on the site thereby extending our premises. A clear indication for us to proceed came when all the necessary finance to buy the lease arrived by the date required. The building work was an exercise in faith because we had to depend on the Lord to provide the resources to build. Gifts and loans were given in the region of £60,000. All the loans were repaid within 2 years. The coffee shop extension was opened in April 1990. Initially the coffee shop attracted a whole new clientele and subsequently this helped augment sales. At this time, Andy headed off to South Africa for a welcome three-month sabbatical and a young man, from there, began work in our coffee shop. This was an exciting time for both Canaan and South Africa, which was emerging into new freedom after many years of oppression.

The expansion of Canaan to include a coffee shop as well as a bookshop, helped us onto the next stage of the vision – that of Christian Counselling. We now had a room to listen and help people with their problems. We established links with the Association of Biblical Counsellors, who helped us with training courses and supervision.
​
Since that time, we have run several courses in this area for local churches and now have a small team of professionally trained counsellors who see individual clients on a regular basis.

In the early 1990’s, we were asked to be involved with a new work beginning in France, that of Bethanie, a Christian Centre in Normandy started by Bill Gordon and his first wife Liz, from St Michael’s, Ashford. This is an amazing story in its own right and over the years we took many groups from this area to Bethanie for retreats.
​
When the Iron Curtain began to come down, some of us went on trips to the country of Albania, to take Bibles and aid to this the poorest and most repressed country in Europe.

David Harrington who played a significant part in the development of Canaan and Andy led a group to Israel. And since then we have visited and helped in Bible colleges in Romania and Ghana.

Sadly, we had to close our coffee shop in 2000, as so many other coffee shops and restaurants were opening in Staines, but we have still kept a table and area to serve drinks and cakes for customers to sit and relax.
​
In 2006 we decided the time had come to refurbish the bookshop. This entailed a major restructuring of the building and once again we saw funds come in miraculous ways to complete the project. The shop was opened up and modernised for a new generation of shoppers. We were delighted when Fiona Castle, whose husband had opened Canaan originally, agreed to reopen this new phase in our life.
​
We celebrated our 30th year with a stand at the Christian Resources Exhibition at Esher and with authors events during the year, with Adrian Plass, David Pawson and Michele Guinness.
​
In 2012 Andy was invited to visit Ghana on behalf of Canaan Ministries. He went along with a David Priddy, a Baptist pastor and friend of Canaan. They spoke to student pastors in a pre- ordination retreat at a bible college in Kumasi. They also spoke to a church and visited two orphanages. Since then Andy has returned each year to Ghana. In 2017 he went for 6 weeks as part of his sabbatical.

These are particularly challenging times for Christian Bookshops and many have closed in the last couple of years but so far, we have been able to survive. We see ourselves as more than a bookshop and that we have been raised up to serve the churches and community in multiple ways. We have a heart for Christian unity.
​
It is our prayer that we may be led by the Holy Spirit to continue to do that in the future with your support and prayers. The relaunch of the Friends of Canaan scheme in June 2012 has proved to be encouraging and has helped keep us afloat. Maybe you would like to consider joining this group?

In summer 2017, the Canaan Trust ceased to be, and we became a charitable company limited by guarantee. However, the aims of Canaan remain the same. At its heart is the bookshop or resource centre, along with Christian counselling, events for churches and outreach.

In autumn 2017, Andy retired as the director of Canaan to allow him to concentrate on the many opportunities that were opening up to him in Ghana and beyond. Following a transition period, in January 2018, the ‘baton’ of Director of Canaan Ministries was passed onto Barry Mockford who has been working with, and for, Canaan since the turn of the century, initially as book keeper but also behind the counter from 2007. At the end of January, a celebration service was held at Staines Methodist Church to give thanks to God and Andy for 38 years of faithful service.
​
In November 2019 we celebrated the lead up to our 40th anniversary in style, with various events throughout the year including hosting special events with our good friends, Pete Greig and Adrian and Bridget Plass. On the actual anniversary day we were delighted to welcome back Fiona Castle who officially opened our new 'Lighthouse' building. 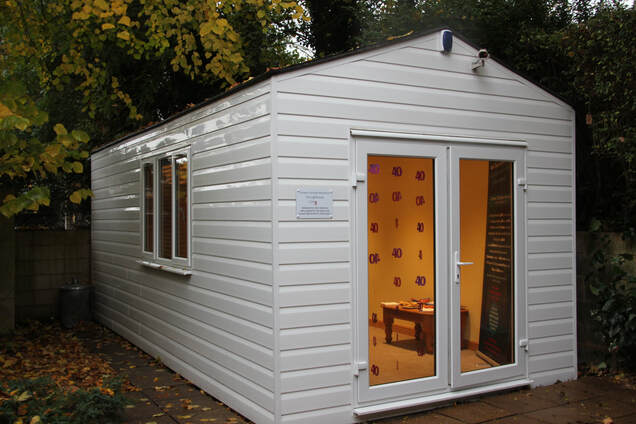 During the day we had many special offers for all our customers plus of course refreshments. On the same evening we
had a fantastic special evening open to all friends of Canaan along with staff and volunteers present and past. We also launched The Canaan Story book (available exclusively from us) celebrating the first 40 years of Canaan. 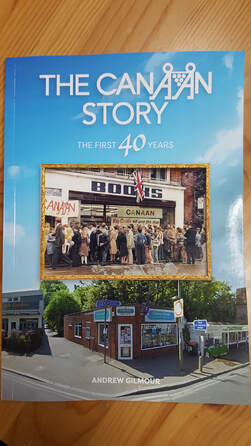 Thank you for reading the Canaan story so far, and do feel free to pop in or contact us if we can help in any way. ​​ 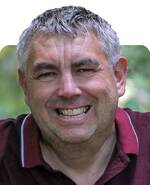